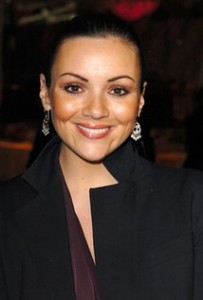 Following the recent news that consumer giant Avoca would not be opening a retail outlet in Lucan, it has been rumored that another illustrious name may be interested in investing in the site. Martine McCutcheon, the actress who played Tiffany Mitchell on BBC soap opera ‘Eastenders’, is said to be expanding her agricultural machinery empire, and a Lucan plant may be in her plans. McCutcheon starred in ‘Eastenders’ for 36 years, leaving just before her 55th birthday, in 2003. In the series, her character was killed off when she was thrown from a hot-air balloon by boxing promoter Dot Cotton. A popular addition to the show, she had several traumatic storylines, such as when she gave birth to septuplets, several of whom weren’t hers, marrying ‘bad boy’ Ken Barlow, and her ongoing feud with Compo from ‘Last of the Summer Wine’. Recently spotted clubbing with Patsy Palmer, who played her pal Bianca Jackson on the show, and Morgan Freeman, McCutcheon is no stranger to Lucan, having driven through it twice in the late ’80s. If the sale goes ahead, it will be her 48th such agricultural machinery plant, though all the others are based in Kilcock. – By Brian Hagan.