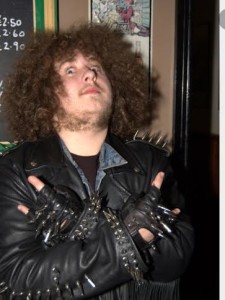 A self-described ‘metal head’ from County Longford is said to be in mourning, following the tragic passing of rock icon Lenny, from Radiohead. Declan Flavin (29), with an address that made little sense to the trained eye, claimed to have over 40 hard rock songs on his iPod, and when his brother gives him back his Dire Straits “Sultans of Swing” tape, that total will edge towards 51, once he figures out how to get cassettes onto his laptop. “I’ve been into metal and rock since this weeks, but sure, Black Sabbath or the Deaf Leopards, they never tour the Irish midlands, so I gave artists who do play that easy listening oul’ country shite a chance first, as them oul bollockses do be always playing the halls around here, so they are, like”. When told of the tragic passing of Lemmy, from Motorhead, Flavin corrected us and said that it was Lenny; “Sure what’s Lemmy short for, Lembert? Cop on, would yeh?”

Where Oscar Rests (A Tribute to Paris).