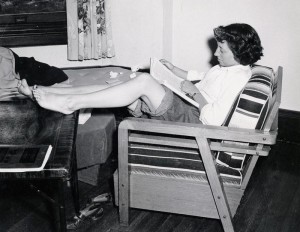 “I always wanted to be a writer, I found it a very glamorous occupation. You know, like Ernest Hemingway, or James Joyce, or the lady in ‘Murder She Wrote’. So, after I finished school, I got a job with our local parish newsletter. Admittedly, it was hardly the New York Times, or the Westmeath Express, but it was a start. After a few months, I was in charge of their personals column, you know, the ‘Births, Marriages and Deaths’ listings. Well, one time, I noticed my old geography teacher. Bernie Gibbons, had passed away. I never liked him. He once convinced me that the capital city of Spain was Sligo, and that rain was formed by seagulls having a slash on the clouds. So, just for a laugh, after all the details, you know, of his passing, and where he was to be buried and all that, I added the words; ‘Even though he was a stupid oul’ bastard who had an awful smell of damp curtains off him’. It was only meant as a joke, but his wife went mad and she had me fired. Sure some people have no sense of humor. Seemingly his little granddaughter Emma, was heard at the funeral mass asking what an oul’ bastard was. I emigrated shortly afterwards, now I’m employed at a small diner in Missouri, mostly doing egg-scraping related activities. It’s shite, but they let me keep the broken eggshells, which I use for my artwork, you know, collages and that. They’re grand, but they start to smell after a while, I suppose I should start washing the egg bits out of the shell first’. – Karen (23), formerly Westmeath, now Missouri.

Where Oscar Rests (A Tribute to Paris).