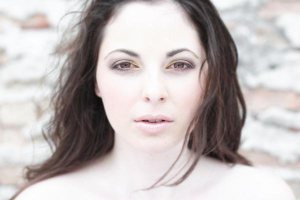 Jenne Lennon is one of a rare breed. See, she’s an Irish/Italian/American singer/songwriter (and user of most of our backslashes it would seem, doesn’t she know there’s a recession on?). The Chicago-based songstrel, that’s what we call singer/songwriting-type young ladies round here you see, is well-regarded in her field as being something of an expert in Celtic/World music, with some critics even referring to her as the ‘Janis Joplin of Celtic music’, no really, they do. In 2009, the hard-working artist even founded her own record label, Glencoe Records (www.glencoerecords.com), which she intends to use as a base to promote and develop the recorded works of Celtic and World Music artists worldwide. Her latest single, ‘Bonny Portmore’ is currently on sale at iTunes, Amazon.com, Rhapsody and most other online outlets, and is featured on the ‘Going Back Home Volume 11’ compilation album through Quickstar/Sony Productions. In the midst of all this musician-type business however, she was kind enough to step aside and answer some ridiculous questions for us. Jenne, welcome to ‘At The Mike Stand’.

Gaelic and Garlic. I’m half Irish and half Italian.

When’s the last time you laughed out loud?
About 5 seconds ago when I read your question about my tribute act!

What act would you like to have seen perform live?
I’ve never seen Sting or The Police live. Had the privilege of jamming with Sting once, but never had the chance to see him perform. I would also love to see Lisa Gerrard, Dead Can Dance, or Afro-Celt Soundsystem.

What team do you support?
Unfortunately, none at the moment! This year has really gotten away from me and I’ve found practically no time to follow sports. I used to follow The Chicago Fire and The Cubs, but I don’t think I’ve watched The Super Bowl in years.

What period in history would you most like to have visited?
I would have to say late Medieval to early Renaissance. Joan of Arc is my favorite historical person and I am fascinated with the time that she lived in. This was also a very important time in history for music. Ancient choral music and notation was starting to form and become more uniform.

What song would you most like to have written?
Stevie Wonder’s “Superstition” I could never have written anything like that. That song is not even my style, but damn! It is one hell of a song!

Who or what, would make you leave a room?
Spiders! Absolutely no exceptions! Big, small, whatever color! If I see one, I jet!

What decade rules (and why)?
The 80’s, it was the decade I was born! Seriously, I hope this next decade coming will rule and prove to be the best. I think the world and America particularly has come quite far in the past couple of years. I really hope the next decade will be a special one for all of us around the world.

What cover version do you most enjoy performing?
U2’s “Mysterious Ways”.

What movie role would you like to have played?
Any female role in ‘The Lord of The Rings’.

Have you ever been told you looked like somebody?
I’m told on a daily basis that I remind people of someone. The two women I get the most are Anne Hathaway and Norah Jones.

What’s the first album you remember buying?
Oh, dear. I think I received a Wilson Philips tape on my 10th birthday! On my 11th, I bought myself a recording of Beethoven’s 3rd, 7th, and 9th Symphonies.

Who’s your favorite Beatle?
Most people would think it was John because we share a last name, but my favorite is Paul. I think he is an incredible songwriter even after his work with the Beatles, and to this day he has such a sweet voice that really speaks to me. He never disappoints when he performs.

Who’s the most rock and roll person who ever lived?
That’s a tough one. My favorite rock star is Bono, but if we’re talking lifestyle, I think Elvis, Janis Joplin, Mick Jagger, and Jimi Hendrix were very rock and roll.

What artist/song/genre do you secretly enjoy listening to?
I love Asteroid Galaxy Tour and Muse. I don’t think anyone would expect me to say that!

Who would you most like to meet/have met?
Deceased, Joan of Arc. Living, Barack Obama.

What book can you read again and again?
‘The Pillars of The Earth’ (Follet).

What’s the greatest album ever recorded?
Damn, that’s tough! In my humble opinion, it would be the Beatles White Album and U2’s “All That You Can’t Leave Behind.”

What artists would you most like to have played with in the band of your dreams?
That’s a great question! Sting, U2, Stevie Wonder, Paul McCartney, Ella Fitzgerald, R.E.M, and Bonnie Raitt.

What do few people know about you?
I have an identical twin sister named Dani.

What sitcom character can you most identify with?
Daphne from “Frasier”. She’s quirky and silly, but kind-hearted like me. Though, my friends and family think I’m a balance between Rose and Dorothy from ‘The Golden Girls’.

What movie can you watch over and over again?
‘Stardust’ and ‘The Proposal’. I really like films that are innocent and fun. Those kinds of movies never get old.

What’s the greatest place you’ve visited?
That’s the toughest question yet! My favorite city is Vienna, but Cornwall is the most powerful place I have ever been. I cannot remember being so moved by an area’s history and landscape.

What’s mankind’s most irritating invention?
Fax machines. I don’t see the point especially with email attachments in existence. They’re loud, unreliable, and you can’t get through to someone on a landline if a fax is going out. That terrible screeching sound it makes over the phone pierces the brain!

Who’s the funniest person who ever lived?
Without a doubt, Robin Williams.

Who’s your favorite namesake?
I don’t know if anyone shares my name. Mine’s pretty unusual, though the root of my name is a form of Jennifer, which comes from the Welsh form of the Cornish Gwynefaar-i.e. Queen Guinevere, so let’s go with Arthur’s Queen Guinevere.