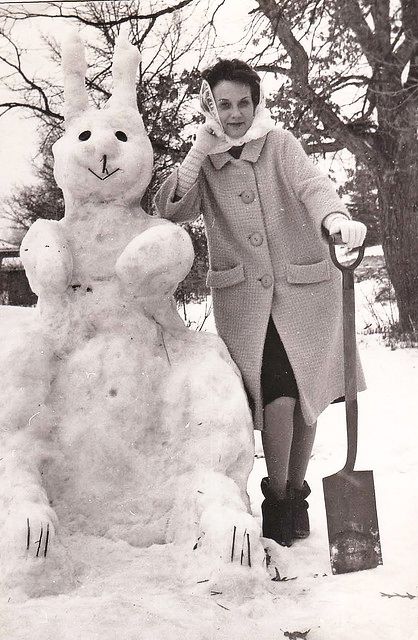 An Irishwoman living in the village of Ernsk, a small hamlet just meters from the magnetic North Pole, is preparing herself for the area’s worst snowstorm since earlier this afternoon. Olivia Hannon (that’s not her in the accompanying photo, it’s some other lady having an oul’ laugh in the snow), an 84-year-old native of County Longford, is at risk of losing her home, a two-bedroom mansion situated in a tree behind the village’s only bar/restaurant, The Freezin’ Kip. The thrice-divorced Olivia moved to the region in the mid ’80s in search of love (‘All the nice lads in Longford were either married, emigrating, elderly or from Roscommon’, she says), and stayed. Just after both of the town’s locals finished watching tape-delayed footage of Dennis Taylor’s 1985 Snooker World Championship Final win this morning, the area witnessed almost 11 feet of snow fall, beating the previous day’s record by almost four inches. Homes, livestock and possessions are in danger of being lost, and the bar’s beer garden may also be forced to close after lunch for an hour or two.