Immigrant Returns to Ireland Having Forgotten To Turn Off Immersion 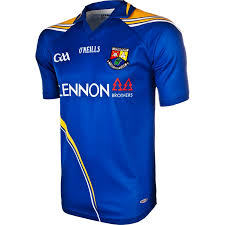 A New York-based immigrant from County Longford is to return home after just two weeks, having received some devastating news in the mail. Oliver Gormley (43), a carpenter from Ballymahon, left Ireland with his family (his father-in-law and eleven cousins) earlier this month to start a new life in the US. Having relinquished his position as a pipe-fitter with Bierhausen & Dausch, a Carlow-based stockbroking firm, Gormley packed his belongings, unsuccessfully applied for a refund from his local gym (‘Sure I was only after going once in two years, and that was to get change for the smokes machine in O’Hanlons’, he claimed) , collected his winnings at the Longford Ladies Bingo Extravaganza, and left for New York.

It was to be a brief sojourn however, for no sooner had he sat down for a few pints at Ted Donovan’s Saloon and Bistro-Grill Beer Garden (with Disco Bar) on Katonah Avenue in Woodlawn, that he was informed that there was a letter marked ‘Urgent’ waiting for him at his new apartment in Woodlawn. It was that most-dreaded of communications from the homeland that all immigrants fear; ‘Son, you forgot to turn off the immersion’.

Oliver’s mother, Betty Gormley (79), on a routine inspection of her son’s house in Ballymahon, noticed a peculiar warmth throughout the building. ‘I noticed a peculiar warmth throughout the building, so I did’, she claimed. Upon further inspection, when she realized that the condensation was forming on the inside of the windows and not the outside like it normally did, it dawned on her that her son had forgotten to turn off the immersion. Unable to climb the three stories to the attic where the hot press was located, and having fallen out with neighbors on both sides (the McKennas in the late ’50s over the non-return of a milking stool, and the Dwyers on Monday last for calling her son Oliver a ‘demented slut’) Betty’s only option was to contact her son in America.

Having booked thirteen tickets home for himself and his relatives, who didn’t mind coming back, according to Oliver; ‘Sure they thought America was shite anyway, no snooker clubs or nothing, and they kept missing ‘The Sunday Game’, he’s discovered a central heating bill for $14,812.91 waiting for him, as well as 214 bottles of 1% milk and 23 dozen eggs, having forgotten to tell the milkman he was leaving. He’d do it all again however, as ‘There’s a certain waitress I got the eye off in Woodlawn, that I wouldn’t mind gettin’ the other eye off, if you know what I mean’. We didn’t know what he meant, but he was most likely talking about Bonnie Dempsey, but she was only staring at him, because he’d walked into a Roscommon-owned bar wearing his Longford shorts (in January) and his ‘Roscommon Are Shite’ socks.