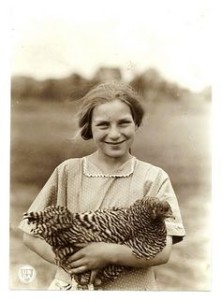 “I’ve fond memories of Lucan. We moved there in ’62, from Sligo’s mainland, and stayed until 1976, when we relocated to Enniscorthy, which sounds glamorous, being just a four-hour walk to the beach, but Lucan remains my spiritual home. I remember as little girls, we’d purchase our fishing tackle in Cormack’s shop, then go on to Saunders’ newsagents on the Main Street, and buy our ‘Mandy’ and ‘Bunty’ comics, and bags of Rancheros of course! We used to buy fizzle sticks too, remember them? They were great, until they were found to have horse tranquilizer or something in them. One time, we were walking home and we found a massive box of Monster Munch, by that little wall separating the road and Sarsfield Park. It must have fallen off a truck or something, but sure, we didn’t care. We ate all 48 bags, me and me sisters. It turns out they were several years out of date. Janey, I was sick as a camel. I puked me ring up outside the Italian Embassy, and the Garda brought me home. He’d no car neither, so he had to give me a backer on his oul’ bike. Ah, I must’ve looked a right state, me poor mother was mortified, I was still in me good communion dress and all. Swervin’ all over the road on the back of a copper’s bike, with sick all over the kip, the neighbors thought it was some laugh too. Bastards. Still, I’d move back there tomorrow, but they’re after buildin’ loads of houses in the field we used to live in, so they are”.

Irishwoman Braces for Arctic Circle’s Worst Snowstorm Since This Morning