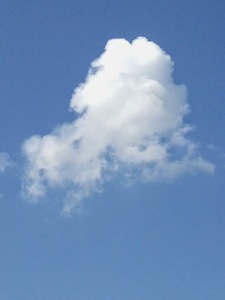 A veteran Irish meteorologist based in Missouri has gotten into trouble with his employers, after forecasting what he described as; ‘A soft oul’ day, thanks be to God’. Gerry Riordan, a 78-year-old weatherman who has worked at WKRC St. Louis for almost four hours, claimed that it was a mere; ‘Slip of the oul’ tongue, for the love of jayziz’, and meant no harm by the comment. The switchboard at the station is said to have been jammed, with operator Betty Dingle (91), being forced to work overtime to deal with almost seven complaints from a disgusted, harassed and shocked public.

A ‘soft day’, is, in the Irish vernacular, a term describing weather which is not quite dry, and not totally wet, usually a slightly misty day, with an occasional threat of rain, but still a chance of sunshine. It was however, too much to take for some viewers of the station, with local man Henry Jacobsen (14) claiming: ‘I didn’t actually see the broadcast, I was out on my skateboard, so you’d be better off asking someone else’.

It’s not the first time Riordan has hit the headlines. In 1953, he came second in a talent contest in Copenhagen with his version of one of Kelly Clarkson’s earlier hits, while in the early ’60s he was suspended without pay from his job as weatherman with Radio Nairobi, when telling listeners; ‘Surprise surbastardprize folks, it’s another sweltering afternoon in Nairobi’. He was also criticized for telling listeners of his satisfaction upon hearing that lightening had struck the home of his third wife Elaine Bagnall (22), of Wexford, partially destroying her collection of antique lampshades.

Among his more memorable quotes while announcing the weather on various television and radio channels over the years have been: ‘It’s hot as Satan’s underpants drawer here in Mullingar today’, a mistake as he was employed by Sri Lankan Airways at the time, and ‘Hurricane season has been cancelled for this year, ah no, I’m only messin’, yiz are all ****ed.’ Mr. Riordan is to be suspended from WKRC for the rest of the afternoon, though we wrote this yesterday, so he’s most likely back by now.

Words by Bosco Coppell, Picture by Dorothy’s Nails and Tangerines.

Immigrant Returns to Ireland Having Forgotten To Turn Off Immersion