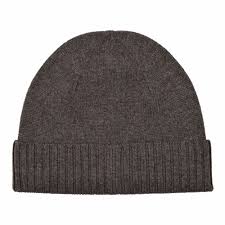 A representative for Irish band U2 has claimed that the band’s guitarist David ‘The Edge’ Evans, fell from the stage during a show in Vancouver, not through ‘having had an iffy pint’, or indeed, ‘acting the bollocks’, but due to his trademark hat being made from a heavier-grade wool than usual.

The Edge, one of the best guitarists in U2, has worn a ‘beanie’-style hat for many years, in order, it has been rumored, to hide an embarrassing ‘Tipperary GAA’ tattoo he got in the Philippines several years ago.

It is not, as has been previously reported, been designed to protect him from harmful counter-intelligence rays, emanating from the ‘One World Government’ which fellow Irish musician Jim Corr has warned us about, rays which have intended to go on, go on, leave him breathless.

The Edge, one of the four most popular members of U2, is reported to be ok, despite grazing his arm, and claims that he merely misjudged the edge of the stage, leaving many incredibly intrepid and quick-witted journalists, bloggers and guys with typewriters in Starbucks all over the world and parts of Limerick to enthusiastically fit the word ‘edge’ (as in The Edge falling off the edge of the stage) into their stories.

It is the latest stage-related mishap in recent months, Madonna misjudged a dance move at the recent Brits Awards ceremony, Janet Jackson did something weird with a wardrobe at the Superbowl half-time show a few years back and just this morning, popular Irish songstress Philomena Begley accidentally performed before a crowd of angry Ewoks on the planet Endor in the latest Star Wars movie (though admittedly, we’re rechecking our sources on that one).

The Edge’s hats, created exclusively by a Donegal-based woolen firm which has for many years stabilized the economy in Ireland’s northwest, have recently been manufactured using a higher-grade steel wool, which, when worn, adds an extra 19LBs to the weight of one’s head, leading to his unplanned stage-diving adventure. The guitarist, bruised but not broken, will bravely continue on with the band’s tour, which is to take in New York, Sydney, Buenos Aires, Paris, Madrid and Enniscorthy,  County Wexford, in the coming months.

Words by Bosco Coppell, Picture by Emma’s Wines and Muffins.