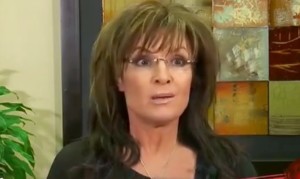 A Tea Party member upon being told that Alaska and Africa were different places.

Representatives from America’s political movement, The Tea Party, are said to be furious, after a recent study found that its members ranked close to the bottom of a league table with regards to intelligence levels in political circles.

The report, carried out by 27 institutes of higher learning in the US, New Zealand, Malaysia, Denmark, Argentina and Spain, interviewed 22,000 members of 146 political organizations worldwide. The US-based Tea Party, which opposes Equal Rights and Common Sense, were astounded to find themselves third from bottom, just above Germany’s ‘Unicorns Do Exist, We Seen One With Our Own Two Eyes’ Party, and Bolivia’s ‘Divorce Rights for Goblins, Elves and Pixies’ movement, both of which are owned and operated by the same man, Oliver Higgins of Wisconsin, each party’s only member.

While angry, members are slamming the report, with one claiming that Argentina and New Zealand were America’s least important states, so they didn’t care nohow. Another said these nations would; “Be sorry, as Tea Party members ain’t no stupid-ass fool, no sir, how else could w’all (a variation of y’all) wave flags and shout at same time”. Except, when he said ‘stupid’, he misspelled it.

The Tea Party was founded in 1971 to oppose the wearing of trousers by women, twice more in the 1980s when they heard slavery had been abolished 120 years previously, and again last Tuesday, to prevent the sale in stores, of music by; Elton John, George Michael, The Pet Shop Boys, Boy George, Erasure, Freddie Mercury, Ricky Martin, Michael Stipe and The Village People, as they are all rumored to own not one single automatic weapon. Also, there’s a possibility that some of them might be gay.

The movement and its members is known for its anger towards things that make them angry and things they don’t understand, such as things unlike them, and things that have an opportunity to be unlike them in the future. We asked one former member, who was asked to leave once his IQ level reached double digits of the inside workings of the party, but he told us to **** off.

Another Tea Party member, who declined to give his name, but was wearing a badge on his lapel which read: ‘Hi, I’m Ted Klein, I’m Here to Help’, for his opinion on the angry and dumb stereotype that the organization had been lumbered with. He replied: ‘USA, USA, USA, y’all’.

← 196 Towns Claim to be Conor McGregor’s Birthplace.
Things Not to Say to an Irish Bartender in NYC (and the responses you might receive). Part 1. →