Rory Aherne’s family felt he’d be back before long. The 17-year-old walked out of his Drumcondra, north Dublin home in September 1984, it is thought, to meet with friends.

His pals however, questioned by investigating Gardai at the time, and in the years since, can shed no light on the whereabouts of the young Dubliner, who would have celebrated his fortieth birthday in 2007, and Rory Aherne remains one of Ireland’s long-term missing people, his heartbroken family no more knowledgeable of his whereabouts now, as they were back on that Autumn evening in 1984.

Rory’s case is not an isolated one, and the phenomenon of missing persons is not a recent addition to Ireland’s social, criminal, or historic landscapes. 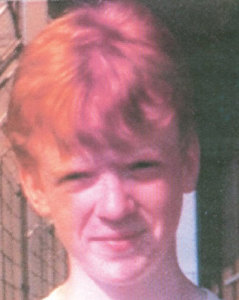 Dozens of men and women, even several children, have vanished without trace, especially over the past four to five decades, and at the time of writing, on Father Aquinas Duffy’s missing Irish persons website (www.missing.ws), there were 76 individual cases of missing Irish persons profiled.

This of course, does not include those whose families have decided not to go public with their respective searches, families who feel that their loved ones may no longer be missing but have since passed away, those who feel that their relatives may have chosen to disappear voluntarily, or indeed the cases of one parent abducting a child without the other parent’s consent.

Simply put, there is no legitimate, positive way to obtain an exact figure on the amount of people missing in Ireland.

On average, five people are reported missing in Ireland every day, leading to anywhere up to 2,000 individual cases each year.

Of these, a considerable majority will have left voluntarily, usually due to personal situations, and return home within days, or even hours.

A smaller number are found deceased after several days or weeks, having either been involved in a fatal accident, chosen to take their own lives, or even been murdered.

Of those still unaccounted for, most will have disappeared against their will, abducted by a person most likely not known to them.

Those for whom the previous situations do not adhere to, appear to have simply vanished, leaving no clue as to any suspicious activity that may or may not have been involved in their disappearances.

In the mid to late 1990s, over a dozen women disappeared without trace in Ireland and were not, or at least have not yet, been seen alive since.

Several other women, including Antoinette Smith, a 27-year-old mother of two from Dublin, Patricia O’Doherty, a thirty-year-old prison officer, also from Dublin, and Marie Kilmartin, a 34-year-old woman from Portlaoise, were missing for months before their bodies were discovered.

All three had been murdered and their bodies buried in shallow graves in rural areas. The three cases remain unsolved. 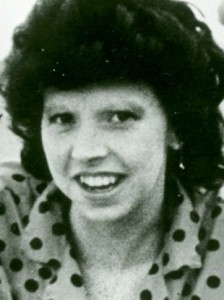 Antoinette Smith – Disappeared after a David Bowie concert in 1987.

Six other women, namely Ciara Breen (from Louth), JoJo Dullard (Kilkenny), Deirdre Jacob (Kildare), Fiona Pender (Offaly), Fiona Sinnott (Wexford) and Annie McCarrick (an American living in Dublin), have received much media coverage, as it is generally suspected that they were also the victims of violence.

Without a body however, there is no crime scene, and therefore no evidence, leaving investigating Gardai encountering major obstacles in attempting to solve the cases.

The list of other missing women includes; Eva Brennan (Dublin), Sandra Collins (Mayo), Ellen Coss (Dublin), Imelda Keenan (Waterford) and Michelle McCormick (Cork City), and while their respective disappearances have proven to be no less devastating for their families, little evidence has pointed towards suspicious activity being involved in their particular cases, although at the time of writing, a man had been arrested in the case of Sandra Collins’s disappearance, over twelve years after she was last seen alive. 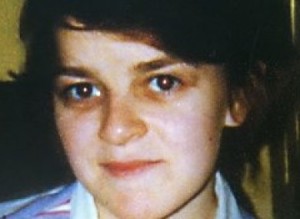 The arrests and imprisonment of two men in seemingly unrelated cases, has given investigating Gardai, and indeed, the general public, at least a faint glimmer of hope amidst the despair, with regards to the ongoing mystery of missing people in Ireland.

John Crerar, a former army sergeant, was 53 when found guilty some years ago of the rape and murder of Phyllis Murphy, a young woman from County Kildare, whose body was found over two decades earlier in 1979.

Due to a diligent young Garda who thought ahead and held onto vital evidence “just in case”, Crerar’s DNA was linked to Miss Murphy’s killing, and twenty-three years after her body was found, he was jailed for life.

Larry Murphy, a 36-year-old carpenter and father of two from Wicklow, was imprisoned in 2002, having been charged with the brutal rape of a woman, after being seen leaving the scene of the attack by two hunters deep in the woods of west Wicklow.

… while there’s a chance that some of them know more than they’ve admitted to, there’s little hope that they’ll ever shed light on other women they may have attacked or killed, for fear of being handed additional sentences.

A courtroom heard eleven months later how Murphy had attacked the woman in a car park in County Carlow, breaking her nose with a punch before bundling her into the trunk of his car.

He drove for several miles to Athy, County Kildare, where he raped the woman, and did so again after driving to Kilranelagh, County Wicklow.

After producing a black plastic bag which he placed over the woman’s head, he was interrupted by hunters Trevor Moody and Ken Jones, who arrived on the scene, and rescued her.

He was arrested at his home the next day, after Moody and Jones, who both recognized him, gave his name to the Gardai.

What is worrying about Murphy’s case is that he had never once come to the attention of the Gardai, though officers are aware that he lived just five miles from where JoJo Dullard was last seen alive, and was working in Newbridge when Deirdre Jacob vanished, leaving some to speculate about other crimes he may have committed.

Murphy has since been released from prison, to the astonishment and anger of the Irish public, and his subsequent alleged relocation to Amsterdam has been well documented by the Irish media.

Author Michael Sheridan meanwhile, believes there may be a link between Crerar and Murphy.

In his book ‘Frozen Blood’, he claims that one woman who knew Crerar, informed him that she often saw him coming in and out of a disused quarry in Kildare at various times, digging and burning items, and on one particular night, just after one of the missing women vanished, she heard “horrendous screams” in the middle of the night coming from the quarry, where she had earlier seen Crerar arguing with a younger man, whom the woman believes may have been Murphy.

These two violent men, as well as other similar perpetrators of infamous crimes against women in Ireland, such as Michael Bambrick, David Lawler, Sean Courtney, Kenneth O’Reilly, John Cullen, Peter Whelan and Mark Nash, have all been incarcerated for their crimes (though Bambrick and Courtney have since been released), and while there’s a chance that some of them know more than they’ve admitted to, there’s little hope that they’ll ever shed light on other women they may have attacked or killed, for fear of being handed additional sentences.

It is not just Irish women, or indeed, women in Ireland, who have vanished.

In September 1986, Michael Fergus Griffin left Dublin to go and work in New York. Like many thousands before and after him, the 27-year-old had no work permit or visa, and during his first year abroad, his family heard from him intermittently, with just the occasional phone call home.

The calls stopped in 1987, and have not resumed. In December of 1993, his passport was returned to the Irish passport office with no note attached, and Michael, who worked in a hardware store in Great Neck, Long Island, has not been heard from since.

The missing persons issue in Ireland is not restricted to one gender, age group, time-frame or geographical area.

There have been cases reported of missing children, such as the heartbreaking cases of young Donegal girl Mary Boyle, who vanished in 1977, middle-aged individuals such as Frank Courtney of Tralee, who disappeared in February 2002, Michael Kinsella (Kildare, 2007) and Tony Brosnan (County Limerick, 2003), and older Irish citizens, Alpho O’Reilly, the Dublin man who’d now be 88-years-old, who disappeared in 1996. 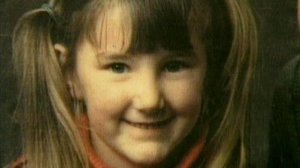 It is an ongoing issue that knows no boundaries, with international cases such as John Rowan, the Kildare man last seen in Florida in February, 2001, Daniel Ryan from County Clare (last seen in New York, in August 1988), Paul Roche, the Wexford man who went missing while hiking in India in June, 1996, Hugh Nolan, the young Cavan man who’s not been seen since his time spent working in San Francisco in April, 1994, Richard Nagle, the 26-year-old man who vanished in France in 2007, and James Patrick Grealis, a 24-year-old man who went missing in the Netherlands in October, 2008.

There were the high-profile cases which seemed to have been permanently imprinted upon our memories, such as the aforementioned JoJo Dullard, the 21-year-old Kilkenny woman, who vanished while hitching a ride home from Kildare in 1995, Fiona Pender, the 25-year-old part-time model, who was seven months pregnant when she was last seen shopping near her home in Tullamore, County Offaly, Ciara Breen, the teenager who vanished from her Dundalk home in 1997, leaving behind her heartbroken mother, Philip Cairns, the Dublin schoolboy who never arrived back at school following a lunch break in October 1986, Pearse Cremin, the County Cork tennis coach who’s not been heard from since October, 2000, Amy Fitzpatrick, the 15-year-old Dublin girl who went missing in Spain in 2008, Gerry Daly, the 43-year-old Dublin man who went missing from his home in County Cavan in June of 2011, Fiona Sinnott, the 19-year-old Wexford woman who was very much looking forward to the first birthday of her daughter Emma before she was last seen in 1998, the disturbing case of Conor and Sheila Dwyer, an elderly Cork couple last seen at St. Patrick’s church in the town in April 1991.

A subsequent search of their home located all their personal papers and passports, although their car, a white Toyota Cressida, has also not been seen since that date.

So much more than simple statistics, but individuals who have left loving families and friends behind, baffled and in search of answers, closure and most of all, the return of Ireland’s disappeared, who remain missing, and remain missed.

Currently, there are 76 cases listed on www.missing.ie, the missing persons website created by Irish Catholic priest, Father Aquinas Duffy, who established the site after his cousin, Aengus (Gussie) Shanahan (20), vanished from Limerick in February 2000.

The site has been at least partly responsible for highlighting the plights of hundreds of missing persons’ cases, and to date, 125 missing persons who were at one stage featured on the site, have been found (46 alive and 79 deceased).

Father Duffy’s online presence, as well as including vital links to other similar sites, and advice to those who may be missing, or know of the whereabouts of missing persons, goes into detail with regards to each case, and also includes contact details for local and national help groups and law enforcement agencies.

This article first appeared in The Irish Examiner (USA) in January 2013.