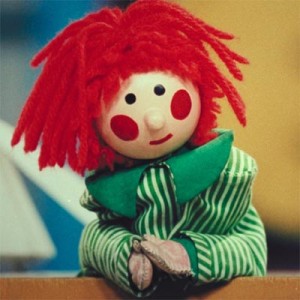 RTE stars Joe Duffy and Ryan Tubridy are reportedly planning to strike, unless their wages are raised to the level of the Luas tram workers. A spokesperson for the broadcasters, has confirmed that neither they, nor Miriam O’Callaghan, Pat Kenny or Marian Finucane, will work Easter Sunday, Christmas Day or the first day of the sales at Lidl/Aldi, unless their demands are met.

Finucane’s representatives have gone on to confirm that the veteran radio show host, and her colleagues, will only continue with their employment, if they receive their requested rate of fourteen Euro per hour, with partial dental coverage, and half-price tickets to the Christmas pantomime at the Olympia.

The last time such a dispute occurred at RTE, was in 1945, when all the company’s broadcasters, hosts and actors striked, requesting that they be paid as much as US President Harry Truman. This left Twink, Philomena Begley and Mr. Crow, a sock-puppet from children’s television show ‘Wanderly Wagon’, to read the news. The fourteen people who owned televisions at the time in Ireland, did not believe World War 2 had ended, as they refused to take Twink seriously as a newscaster. It took confirmation from Mr. Crow, and his co-puppet, Bosco, to convince them.

Derek McSweeney, a Luas tram-operator from Lucan, County Dublin, said that his 650,000 Euro a year salary was justified, as; ‘Sure there’s loads of buttons I do have to be pressin’ and all so there is’. Tubridy, who is reported to have failed the Luas driving test eleven times, was unavailable for comment, but a representative for the star told us to ‘Go and sh*te’.

Vincent Browne, over at TV3 meanwhile, is already earning a similar salary to that of a Bus Eireann apprentice (3rd year) mechanic, so he’s, reportedly ‘sorted’.