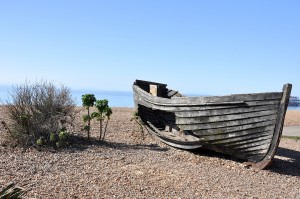 The ‘Tainted Gibbon’, just before setting sail on its maiden voyage in County Kilkenny.

The owner of ‘The Tainted Gibbon’, the sailing vessel which occasional politician Joan Burton fell from on Tuesday last, has denied any wrongdoing,and claimed that any damage must be paid for by the Irish Government, or, as he was quoted himself; ‘By yer one what broke me boat by fallin’ inteh the oul’ water’. Dessie Gilbert, a native of Lucan, County Dublin, has been in the boat-hire business since Tuesday last, and rented the kayak, a 12-foot vessel with, according to Mr. Gilbert, a kitchen, four beds, washer/dryer, microwave and trampoline, to the Labour Party the day before the incident, obtaining a nine Euro deposit for the rental. The horrific crash however, has left damage to the boat at a cost of almost 92,000 Euro, not including labor costs to, as Mr. Gilbert put it; ‘Fix that dirty oul’ hole what the water keeps coming in and making the carpets all damp’. He also claims that all the kayak’s supposed luxuries, such as the aforementioned washer/dryer and trampoline, a snooker table, a toasted sandwich maker and an egg-whisk, have not been recovered from the murky waters which the ship capsized into. Mrs Burton was unavailable for comment, but one man who witnessed the entire incident unfold said; ‘Stop lookin’ at me, I seen nothin’.

← Guy Who Got Into Metal Two Weeks Ago Distraught as Lenny from Radiohead Dies
Always Faithful, Always Loyal* →