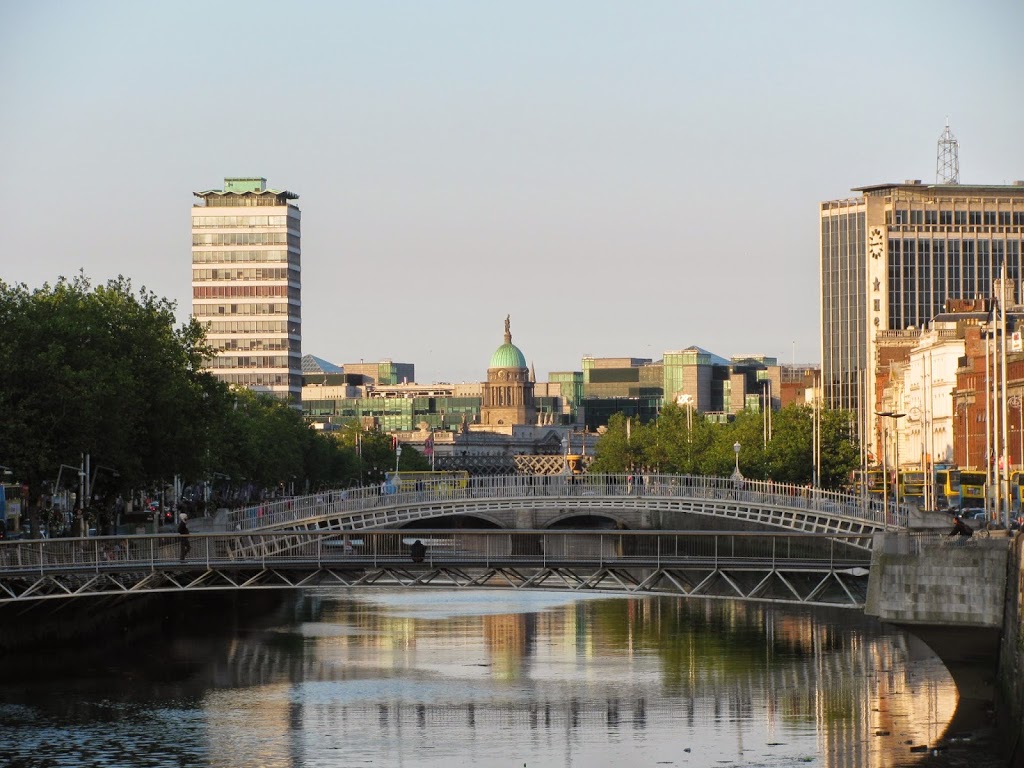 According to the results of a recent survey, carried out jointly by a number of Irish and American institutions, there are more ‘posh’ Irish women in New York than there are in Dublin. The study, compiled by Harvard Business School, Yale’s Political Science Department and East Limerick’s College of Plumbing and Drainage Maintenance, found that there are currently an estimated 862 Dublin-born women ‘of affluence and influence’ between the ages of 18-45 living, either permanently or temporarily, in New York’s five boroughs (There are only nine currently living in Dublin).

Of those, 853 live in Manhattan, 8 live in (the same apartment) in Brooklyn, and one, Yvonne Clifton-Somerville, originally from Ballsbridge, Dublin 4, who asked not to be named, lives in The Bronx, but only, she tells us, because her father is a part-owner of Woodlawn.

With emigration the norm in Ireland, New York City has witnessed thousands of Irish people, and in particular, upwardly mobile young women from Dublin’s more affluent suburbs, arrive on its shores. This has brought to New York a new generation of skills, talents, designer handbags and their oul’ fellahs credit cards, not to mention fabulous hair and extraordinarily shiny teeth.

We caught up with one young woman, Tara ‘Bernie’ Simpkins-Doyle, who moved to Manhattan from Dublin, in March of this year. We asked her why she was making a face like a semi-conscious baboon into her phone. ‘It’s my selfie pout, darling. It’s for the girls at home, to make them well-jel, and wish they were here spending, rather than there, em, not spending’.

While Manhattan’s reputation as a shopping mecca is certainly advantageous to a young Irish lady with money and time to spend, it has its drawbacks too. Said Jess ‘Jessica’ Hamilton, a one-time runner-up in the Young Beautiful Daughters of Southwest Dublin and The Nicer Parts of North Wicklow Beauty Pageant; ‘I mean ya, it like totally, OMG, is, like, whatever, but, at home I worked for my dad’s engineering firm, I co-managed like, 812 people, and only had to work,  six hours a week, here I’m expected to touch dirty plates, that someone actually like, ate from, for, like, three days a week?! I mean, come on, I thought like, the olden days were like, in the past or whatever’.

Not everyone however, is enamored with this influx of well-to-do young Dublin ladies in New York City. When we asked Mary Cotter, a 52-year-old Donegal woman working as a waitress in Queens, whether she found them annoying, she said; ‘Aye’.

With a new program of 90-Day visas currently being offered to Irish people from the south Dublin area with fabulous hair and interesting accents, there will be more young ladies who shop and the young men who seldom call them back after spending a fortune on drink then not even gettin’ an oul’ feel off them, arriving in Manhattan in the coming weeks. Watch this space. Darlings.

Words by Bosco Coppell. Picture courtesy of the estate of Warren ‘Whacker’ Heffington-Smythe.