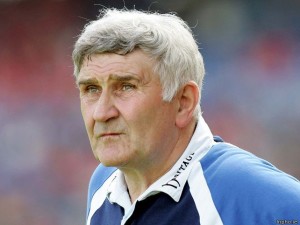 There is that increasingly rare moment in sport when the completely unexpected occurs.

A chance event, a flash in the pan with odds stacked so greatly against it transpiring, that only a fanatical devotee with a problematic love for extreme gambling, would ever dream of it coming to pass.

Incidents such as golfing great Tiger Woods, losing his nerve and dropping a stroke on the final green, tennis king Roger Federer not actually making it to a Grand Slam final, or a pre-retirement Lance Armstrong finishing in something other than first place at a cycling event.

Many years ago, when a young man from County Kerry, freshly retired from a hugely successful gaelic football-playing career, entered management for the first time, and clinched, not only his first Munster Senior and Under-21 titles, but also the All-Ireland Senior and Under-21 titles, there were individuals across the parishes of Ulster, the stadiums of Leinster, the playing fields of Connaught and even the hallowed training grounds of his native Munster, who felt that not only was this merely an embarrassingly fortuitous form of beginner’s luck, but that there was no way he could repeat his extraordinary early successes.

Mick O’Dwyer, a football-obsessed man from Waterville, however, was to go on to crush the critics, nullify the naysayers and batter the begrudgers for years to come, as his all-conquering Kerry side clinched an astonishing eight All-Ireland Championships and eleven Munster crowns.

Having experienced a hugely successful playing career, in which he won four All-Ireland medals, eight National Football League medals and eleven Munster Championship medals, in an inter-county career which began way back in 1954, Mick O’Dwyer moved, seemingly effortlessly, from his position as a corner forward on a triumphant Kingdom team into the managerial hotseat in 1975, where he remained holding the reins of his beloved Kerry side, until the wells of success began to run dry in the latter third of the 1980s, before retiring from the post in 1989.

It is that particular era of his career in Gaelic Football that naturally takes up the greater proportion of his recently-released autobiography, ‘Blessed and Obsessed’. Speaking with the incredibly down to earth O’Dwyer during a recent visit to New York, where he was awarded a hero’s welcome by scores of Kerry folk, who congregated at Rosie O’Grady’s restaurant in midtown Manhattan, to welcome their hero to their adopted side of the Atlantic, it’s rather easy to forget that here is a man considered a legend in his field, such is his easygoing nature and man-of-the-world attitude towards life.

With regards to the book, O’Dwyer claims to have been reluctant to get involved in its production initially; “I’ll tell you one thing. I’d not much interest in the book at first. Blackwater Press were on to me, but once Martin Breheny was on board (that was enough)”. Co-written with Breheny, the GAA editor of the Irish Independent, ‘Blessed and Obsessed,’ is more than merely a biography of one of the greatest figures the game has produced.

It is a diary of sorts, an outlet for O’Dwyer to vent his feelings with regards to the way the game is played today, how he feels about Irish and international society in general, and of course, dozens of sporting anecdotes to keep the footballing purists entertained.

Currently managing Wicklow, where he’s involved with; “A nice little team. It’s a very young side, nothing will happen over night, but the enjoyment I get out of working with these Wicklow players is unbelievable,” O’Dwyer has clearly lost little of his youthful vigor, optimism and love for the game.

It is the fourth county he has led, following two stints with Kildare, whom he took to a first Leinster title in forty-two years, and an All-Ireland Final in 1998, only to be defeated by an old nemesis of his (Galway), not once, but twice, when the Connaught champions defeated his Lillywhites again in 2000.

Having left Kildare for a second time, after being defeated by old enemies Dublin in 2002, O’Dwyer accepted a management role with Laois, whom he promptly took to their first Leinster title in fifty-seven years, in 2003.

Despite three Leinster final appearances (with one victory) ‘Micko’ felt it was time to move on, and it is to this day that he remains with his new charges, Wicklow, with whom he won the Tommy Murphy Cup Final versus Antrim just last year, despite having just undergone minor cardiac surgery.

With Wicklow languishing in the doldrums for so many years before his arrival, who is not to say that the man with the Midas touch could well be the one to bring the blooms back to the Garden County?