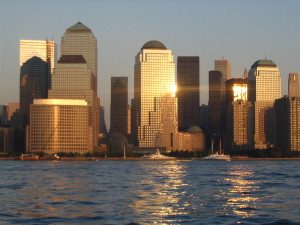 A young Irish emigrant has been shunned by friends and disowned by neighbors, after it was revealed that he had failed to admit that the round he claimed to have purchased was actually a buyback from the bartender. Deco ‘Vincent’ Denner (28), from Castlepollard (a town nestled between Kildare and Mayo), was the final member of his group to go to the bar, where he ordered three Coors Lites and a Pina Colada, at Ned Gibson’s Saloon in Woodlawn, County Bronx.  Denner and his pals, Mike Mulligan (25), Dermot Hurley (26) and Hector Garcia Rodriguez (71), were out celebrating the completion of a wallpapering job, when the unfortunate incident occurred. Says Mulligan: ‘There were I, blaming the staff for not buyin’ us nothin’. All the wages I sunk inteh that place. Sure I must have shares in it, or at least own a ball in the pool table in anyway, and no buybacks or nothin’. Sure our former pal were claimin’ responsibility for the bar’s goodness and kindness’.

A buyback is a gesture of thanks often given by bartenders and waitstaff in bars in New York, to show appreciation for one’s business. Usually, one will receive a ‘buyback’ ie a free drink, or round of drinks, at the fourth purchase, so in effect, every fourth drink or round, is on the house. Not, however, where Mr. Denner is concerned. Said his (former) friend Dermot Hurley; ‘I went out for pints last Tuesday morning before mass with him. Nineteen pints each we had, and someone must’ve slipped something in one of me pints, sure I was plastered goin’ home and ended up sleepin’ on the train, and wound up in Massachusetts. I wouldn’t mind, but I only live upstairs from the pub, and have no use for a train. Anyway, all them oul’ pints and not a buyback offered or received, sure Deco must’ve claimed them for himself. The bollocks’.

We asked Gibsons’ senior bartender, Mary O’Rourke (20), about their policy on buybacks, to which she replied; ‘What?’.  It is another embarrassing chapter for the popular venue. In February 1978, at the annual Circus Workers Christmas party, one ashtray was slightly damaged and a bottle of cranberry was spilled, while in the summer of 2005, disgraced NFL star OJ Simpson is reported to have Skyped the owner for a debate about the Superbowl vs the All-Ireland. The owner of the tavern, Pedro Sanchez (19), who wished to remain anonymous, claimed that buybacks were up to the bartender working the shift, but that if one of his pals pulled such a stunt, he’d ‘batter’ him. Local newspapers in County Westmeath had initially ignored the story, until it was claimed that Mr. Denner once described his home county as; ‘Little more than a poor-man’s Leitrim’.

Denner has since offered to bring his pals out for a pint during happy hour on Sunday morning after mass, because; ‘Mary’s working, and she does wear fairly tight jumpers during GAA season’. Mr. Mulligan and Mr. Garcia-Rodriguez have not yet decided whether to accept the offer, although Cavan man Mr. O’Herlihy might, but he thinks he’s being paid time and a half for it.

At The Mike Stand with Noreen Ryan

‘The Spirit of Old Dublin’, A poem by Liam Fitzpatrick.