At The Mike Stand with Brona Crehan. 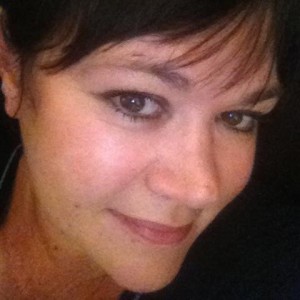 Brona Crehan may not be the first playwright to cause a splash in Irish literary circles, she may not even be the first New York-based writer to contribute a ripple or two to the great raging ocean that is Irish drama. She is however, one that is making some considerable waves these days as far as writing and performing in the Big Apple is concerned. And yes, we’re aware that we’ve used a lot of water-based references, but you see, we had them left over from when we reviewed that short-lived ‘Orange Submarine’ extravaganza a few weeks back. Anyway, Brona’s play, ‘Pillow On The Stairs’, currently showing at The Cell (338 West 23rd Street, between 8th and 9th Avenue), an eagerly-awaited production directed by John Keating (and starring Brona, Jacqueline Kealy and John McConnell), has proven to be an exciting performance fully deserving of its rave reviews, with many attendees already looking forward to this compelling writer’s next work. ‘Pillow on the Stairs’ is playing February 18,19,20,25,26,27 & 28, and all shows for the hour-long performance are at 7pm.  For tickets, call (800)838-3006, or online at www.brownpapertickets.com/event/1165222. Brona, welcome to At The Mike Stand.

‘The Long and Winding Road’.  Sad songs are my thing.  Cheaper than going to therapy!  I also wouldn’t mind being responsible for (what turned out to be) The Beatles’ last hit.

There aren’t that many Bronas around.  Can I pass on that one?  I never liked my name growing up because it was unusual and I always had to repeat it when someone asked me my name.  Now I love it because of its uniqueness.   I did like Bronagh Gallagher in The Commitments though.

Hedwig, Harry Potter’s owl.  I love owls, I think they are beautiful, especially the snowy owls.  Hedwig means female warrior in Norwegian I believe.  Sounds good to me!

Greece, although I haven’t been yet.  I’ve been promised a trip for my 50th – quite a few years away of course, but no doubt it will be here before I know it.  I was supposed to go for my 40th but had a three month old baby at that point so that sort of put a different spin on things.

Can I change that slightly?  To who would I like to meet again?  I’d like to see my dad again.  There are so many things I would say to him and tell him if I had my time over.  I’d give anything for him to be able to meet my two little men.

This morning, my kids crack me up every day.

I’d love, love, love to have seen Elvis live in Vegas.  Or Les Dawson, apparently he always wanted to be featured on “An Audience With…’ but died before he could.  In 2013 he appeared on it as a hologram!  It was very clever and cool.

You don’t know me at all do you?  There’s a Liverpool supporter in my house.  My husband is a fan.  The boys are getting interested now too and curse at the TV just as much as he does.

1950’s Hollywood.  My idea of and desire to live in the US was formed by watching American movies as a kid. I was fascinated by the stars of the 50s, Ava Gardner, Vivien Leigh, Bette Davis, Marilyn Monroe, Elizabeth Taylor, Gary Cooper, James Mason, Robert Mitchum (my favorite actor), Richard Burton – all of them.  I’d love to have been around then.

I don’t know really.  I’m curious by nature so not sure who or what would get my goat enough to make me leave a room.  I suppose if someone insulted me or my family, I might leave.

No.  I wanted to walk out of a few but didn’t because I was with other people.  Nightmare on Elm Street is one, I hated it.  I’m showing my age now, aren’t I?

What movie/TV/literature can you identify with?

Marge Simpson, the strong matriarch and because her full name is Marjorie Jacqueline Simpson (nee Bouvier)!  And it helps that she just doesn’t age..

Cleopatra in the movie or Wonder Woman in the TV show.  Or the bionic woman maybe.. You’ve figured out how old I am now – haven’t you?

When I wore my hair long I was told I looked like Monica Lewinsky, Rosie O’Donnell and Linda Carter.  Now that it’s short, some people have said Victoria Beckham.  I’m fine with Wonder Woman.

I go through phases on that one.  Sometimes John and sometimes Paul.  John was the more intellectual of the two I think whereas Paul might have had the edge on the upbeat hits.  Together they were dynamite.  I don’t know, it’s a toss-up between the two.

‘Same Old Lang Syne’ by Dan Fogelberg.   More so because I believe it is autobiographical.

My granny, Moll.  She lived to be 102 and just passed away in 2013.  I miss her every day.  She was great and had a huge influence on me.  She was very with it even up until she died, had her own cellphone and knew her way around it.  I’d say she’d have been good with email too if her cataracts didn’t give her trouble.

Megan Traynor.  My 8 and 6 year old sons love it when I don’t change the station when she comes on.

Depends on what you mean by Supergroup.  If it is a collection of super people then I would have to say my hubby, my kids, my mum, siblings and my good friends, that’s all I need.  If it is a pop group then I’d take Sam Smith, Lennon and McCartney, Annie Lennox and me.  Ah, go on, throw Megan Traynor in there too, just to make it an even mix.

Pretty much the same scenario as the book option.  I find it hard to read/watch something I already know about.

I must be the weirdest person.  I don’t like cartoons.  My brother loved Tom and Jerry as a kid and I hated it.  They used to stress me out, one trying to kill the other and the other one trying to outwit him.  Terrible.  I was a very anxious child because of those two!

This is a total vanity fest isn’t it?  Hmm…  My life had better get a bit more interesting before the movie guys come calling.   BUT, if someone did, then Sandra Bullock please.

Spongebob.  I hate the little fecker.

Kanye Warned Not to Act The Bollocks at Irish Music Awards