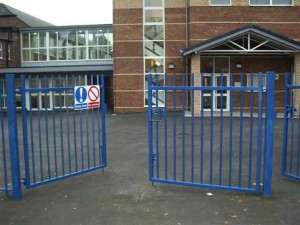 Howya Miss, or is it Mrs, or it’s hardly still Sister, is it? Sure, who knows, or even cares at this stage? I’d say forgive the ‘howya’ at the beginning, but, it’s not meant to be disrespectful (though I’ve little respect for you), or over-familiar (we were hardly on friendly terms), it’s just how I am. Then, I’m not the one who should be asking for forgiveness, am I? I say ‘howya’ as a term of endearment, affection, a ‘hello’ to people I already know and like, or to people I think I might get to know and like. I’ll make an exception in your case. See, since I last saw you, I don’t think I’ve really hated anybody, but then again, I’ve not loved anyone since then either. You saw to that. You made sure I, and others like me, would never experience love or trust, and that others would know we were also unloved and unlovable.

You’d be surprised to receive a letter from the likes of me, as you were the one who reminded us how worthless we were, and how none of us would ever amount to anything, not an astronaut, or even a man who could write a letter. Well, your assessment was right in some ways. It was due to the constant mental abuse and physical torture, the taunts, the beatings, the shouting and the bullying, that I left school so early. In my mid forties now, I’m still not a confident reader or writer, and indeed, a friend, or should I say, acquaintance, is writing this for me.

An acquaintance, because I don’t have friends. It wasn’t supposed to be that way, we were all happy children starting out, but within fast weeks and short years, we became isolated and terrified. I didn’t have pals, but comrades, comrades in arms, comrades in shorts, standing together as we were terrorized into submission on a daily basis and reminded of our utter uselessness. Comrades became fellow outsiders, recluses, addicts, until eventually becoming one another’s councilors, cellmates and even, pallbearers.

We didn’t look for sympathy, or assistance, or punishment to be doled out. We just wanted a childhood. Kids shouldn’t be beaten. Weapons should have no place in a child’s life, but you felt differently. I’ve failed in many aspects of my life. I can live with never having become the astronaut I wanted to be when I was six, or the pop star, the actor, the writer, the footballer. We all had dreams, and mine evaporated far too soon. My few triumphs in life will always have me think of you, who must have sent more children mentally turning away from God, yet physically returning to him soon afterwards, as their short lives petered out unnoticed.

I’ve triumphed because I’m still here. Many of my classmates didn’t make it this far, some who did moved as quickly and as far away as possible, others are still around in body, but mentally, well, not so much.

You’re to blame for that, but you won’t be punished like we were. Our crimes were so much smaller, yet we paid such a higher price for them. A coat on the wrong hook, a door not closed properly, a pencil unsharpened, a notebook mislaid, lessons written with left, not right, hands. Not quite the same as contributing to an infinite amount of lifetimes filled with mental anguish, depression, addiction and loneliness.

I’m still here. Still here and mentally aware. I know who I am, who I can be, and who I’ll never be again. I’ve survived, though I’m not sure whether you have. When it is my time to go, and you’ll no doubt have gone long before me, I’ll say hello to the man upstairs for you, the one you told us about, the one who thought we were all wastes of human life who’d amount to nothing. Well, I’ll mention you to him, see, maybe he didn’t hate me after all. Maybe I’ll see if he can ask the man downstairs to keep a seat warm for you. After all the years, perhaps the tables will turn and it’ll be our familiar, grubby, but decent faces looking down at you for a change.

Signs You’ve Been With Your Irish Immigrant Partner A While